Experimentation with Nefocast in schools

Agreements have been signed for experimentation of the Nefocast project in several schools in Tuscany. The Metropolitan City of Florence, the Municipality of Impruneta and the Municipality of Scandicci have given the go-ahead for their schools to be involved in activities within the project. 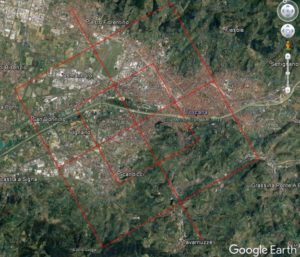 The Nefocast Meteorological Services Center will be tested via a campaign of measurements to validate the model and the algorithms implemented. Schools from the entire Tuscany region will participate in the experimentation campaign, each of which will host a Smart LNB terminal on its roof and in some cases also a rain gauge. The schools in the Florence area will play a fundamental role as they are arranged in a geographic network designed to obtain the most reliable results. A meteorological radar will also be employed. Its measurements will be used in validating those obtained by the Nefocast Meteorological Services Center.

In each of the schools involved in the experimentation campaign, seminars and meetings with the project researchers will be organized . These seminars will be used to explain to students the working principle of the Nefocast Meteorological Services Center and will be an important opportunity to explore important topics related to meteorology and telecommunications.

Students from schools in the project will also have the opportunity to access the data collected throughout the entire project network during the whole experiment phase. They can autonomously consult the data of the individual sensors and use a specially designed user interface to visualize the rainfall pattern estimated by the measurement systems.